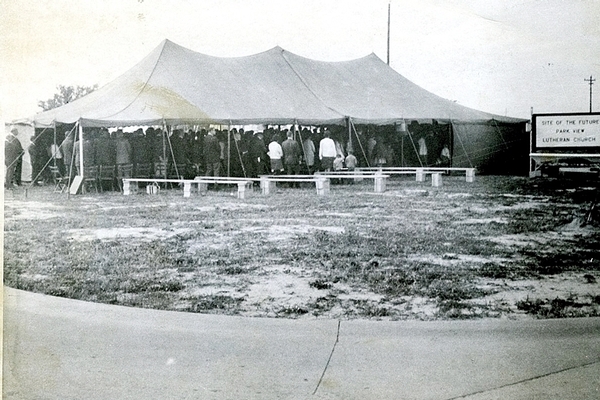 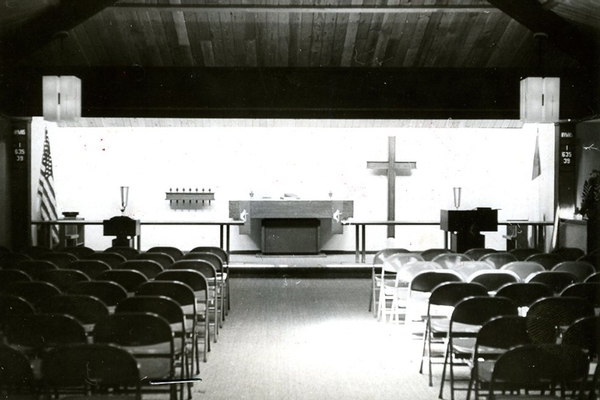 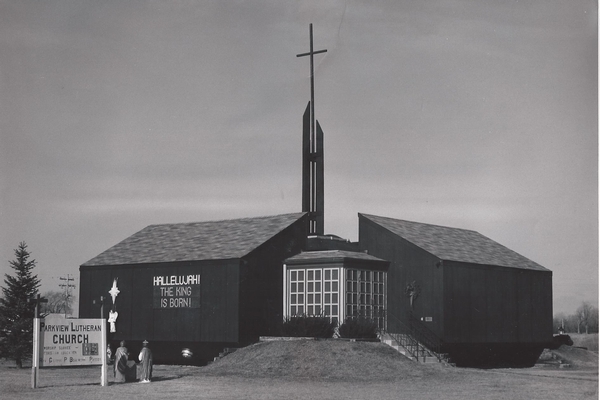 History of Our Church

As the community of Park View, Iowa was being developed in the late 1960's fifty interested members from area LCMS churches expressed an interest to form a new mission congregation. The Mission Board of the Iowa District East purchased land on May 5, 1969.

Rev. Edgar Croll accepted the call to serve as missionary-at-large. He was installed on Oct. 4, 1970, the day which marks the beginning of Park View Lutheran Church. Before constructing a permanent church building the congregation held services in the Long Grove Community Center.

Dedication of a modern style building was held on June 3, 1973. From the center of the main roof rose a towering cross assembly, designed to show that Christ is the focal point of all things.

On Aug. 12, 1973 Rev. Gordon Bohlmann was installed as Pastor. He had previously served eight years as a missionary in the Philippine Islands. During his thirteen years at Park View many programs such as Sunday School, Midweek School, Vacation Bible School, and W.R.O. (Women Reaching Out) had flourished. He continually reminded the congregation, "The Lord is Risen! He is Risen Indeed!" In September of 1977 Share and Care Christian Preschool was opened under the direction of Mrs. Patricia Schrage and Mrs. Arleen Bohlmann, a ministry that continues to thrive and touch many lives in our community to this day. As the congregation grew it became necessary to build a new addition. On Oct. 30, 1983 a new sanctuary and basement area for Sunday School purposes were dedicated.

In 1989, seminarian Gregg Bowen was called from Concordia Seminary, St. Louis, to serve as Assistant Pastor. He was ordained and installed at Park View Lutheran on July 23, 1989. Many youth, parenting, and Bible study activities transpired under the direction of Pastor McKnight and Pastor Bowen. Rev. Bowen resigned from his position in February of 1992. Rev. McKnight accepted a call to the St. Louis area in October that same year.

On June 12, 1994, Rev. Robert Bartel was installed as Pastor having served ten and a half years as a missionary in the Kalahari Desert of Botswana, South Africa. On August 6, 2006, Rev. Peter Hoft was installed as Associate Pastor having previously served in Collinsville, Illinois. After faithfully serving more than twenty-six years as Administrator of the Preschool, Mrs. Betty Lockhart retired in 2012. Mrs. Denise Weiss assumed Administration leadership that same year and was instrumental in the expansion of the Preschool ministry until her retirement in 2020.

On January 25, 2015, Pastor Hoft was installed as Senior Pastor. Another building project which included an expanded fellowship hall, Sunday School space, Preschool remodel, a new kitchen and new offices was dedicated in May of 2016.  Mrs. Amanda Krambeck became the new Administrator of Share and Care Christian Preschool in the summer of 2020.

The Missouri Synod emerged from several communities of German Lutheran immigrants during the 1830s and 1840s. In Indiana, Ohio and Michigan, isolated Germans in the dense forests of the American frontier were brought together and ministered to by missionary F. C. D. Wyneken. A movement of Confessional Lutherans under Martin Stephan created a community in Perry County, Missouri, and St. Louis, Missouri. In Michigan and Ohio, missionaries sent by Wilhelm Löhe ministered to scattered congregations and founded German Lutheran communities in Frankenmuth, Michigan, and the Saginaw Valley of Michigan.